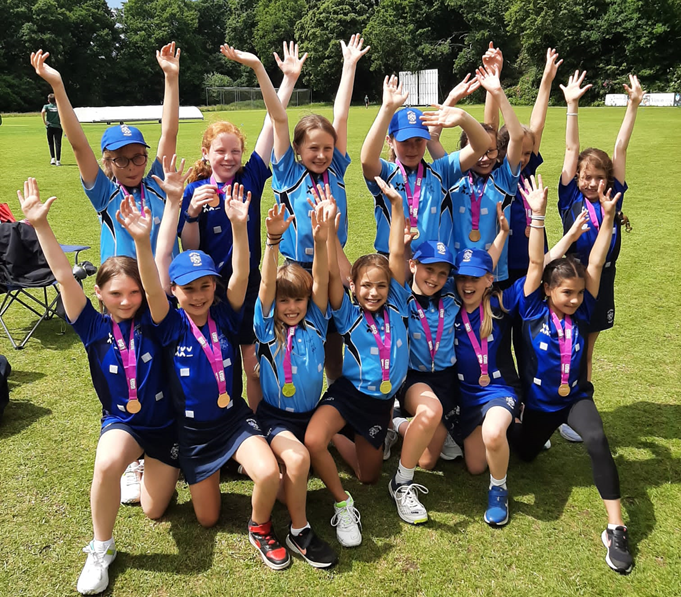 Schools from across the New Forest were split into two initial Pools, with the Winners and Runners-Up progressing to the ‘Top Tier’ of the Event.

Both the Ari’s and the Bo’s (team names suggested by the children after the frequent appearance of Haribos at Club!) won their Pools and after Lunch played off against Abbotswood, Marchwood and each other to determine the placings.

The Bo’s had a quite fantastic Tournament and narrowly missed out on the Silver Medals after a nail-biting 7 run loss to Abbotswood in their Final match.

The Ari’s had a spectacular day.  Over their five matches they scored 434 runs, conceded only 120, took 18 wickets and gave away only ONE Wide ALL DAY.  An unbelievable Team Effort.

It was Medals all round for the girls and the Ari’s have now qualified for the County Final at the Ageas Bowl, where they will compete against teams from all across Hampshire.

A HUGE Thanks to all the many parents (and grandparents!) who came along to support both events, and a special thanks to Mrs Mellor for looking after the Bo’s with her usual flair and passion. 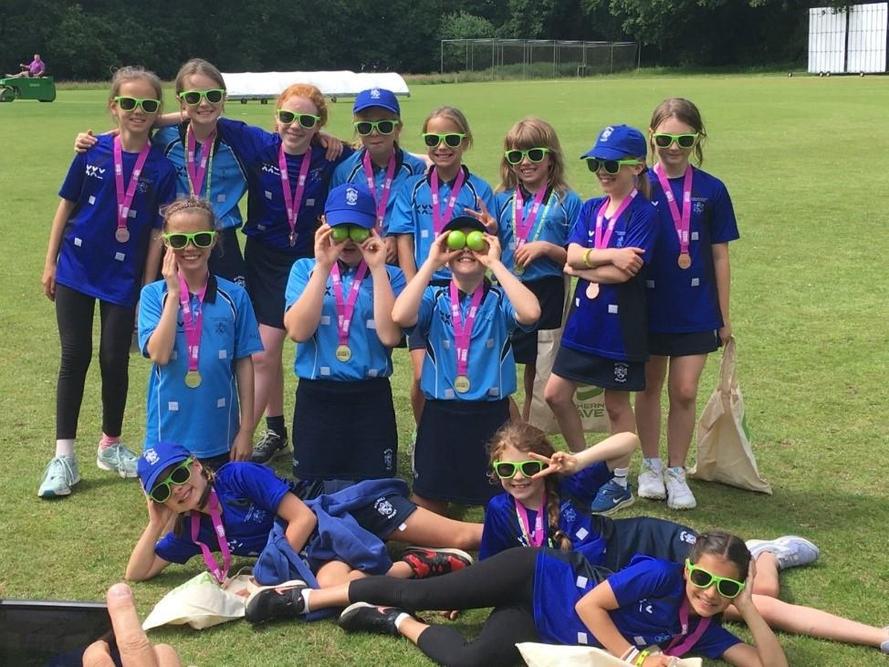