Year 5-6 Team Round the Sporting Year Off In Style 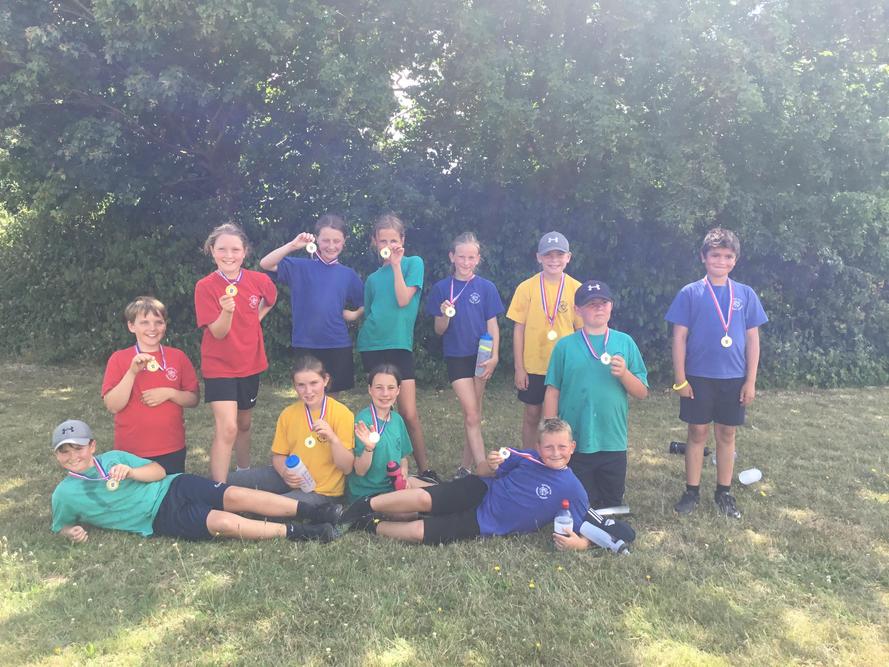 This week saw the last competitive sporting event of the year. The second of two Rounders tournaments, we offered 12 Year 6s the chance to represent the school for one last time before they head off to secondary school.  The determined dozen set off in high spirits, hoping to equal, or better the  second place achieved by the Yr 3-4 team last week.

With only four teams in attendance, there was a chance for the teams to play a warm-up game before the competition proper – a chance to get their eye in, both in the field and in the batting square. It would seem they made good use of this time, because when the competition started they went on a winning spree that saw them undefeated over the entire afternoon.

Mrs Rand said that, “although there were some fantastic rounders scored, it was the fielding that set  Team MOSPS above the rest. Evie at backstop and Millie on first base made a deadly duo, getting so many batters out in each game.” She went on to say that everyone contributed a great deal to the matches and that it was a real team performance which left her feeling really proud.

Their efforts saw them achieve their goal - going one better than last week’s result and bringing home gold medals, and to cap the afternoon off nicely, Isaac and Minnie were awarded the ‘respect’ wristbands by the Priestlands staff for their excellent attitude and sportsmanship.

Thank you to Mrs Rand for coordinating the team and to all the parents (and Mrs Cummings) for transporting and supporting the team throughout the afternoon, but most of all, well done to all the pupils who took part – what a fantastic way to round off the sporting year!