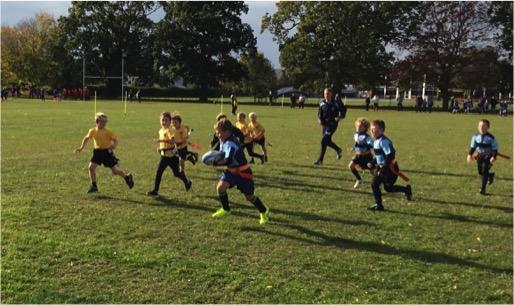 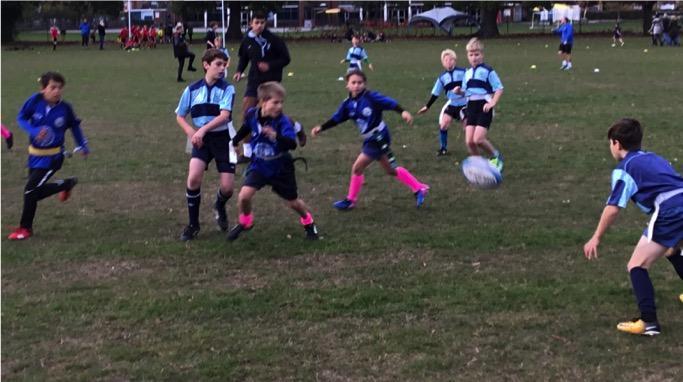 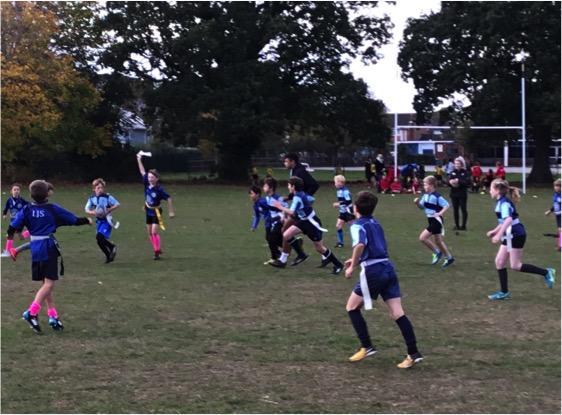 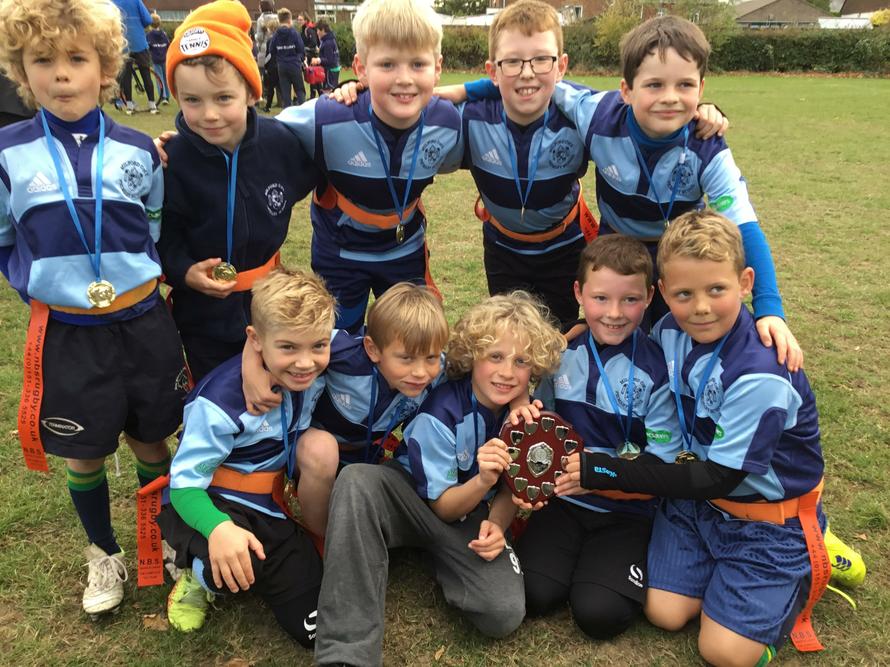 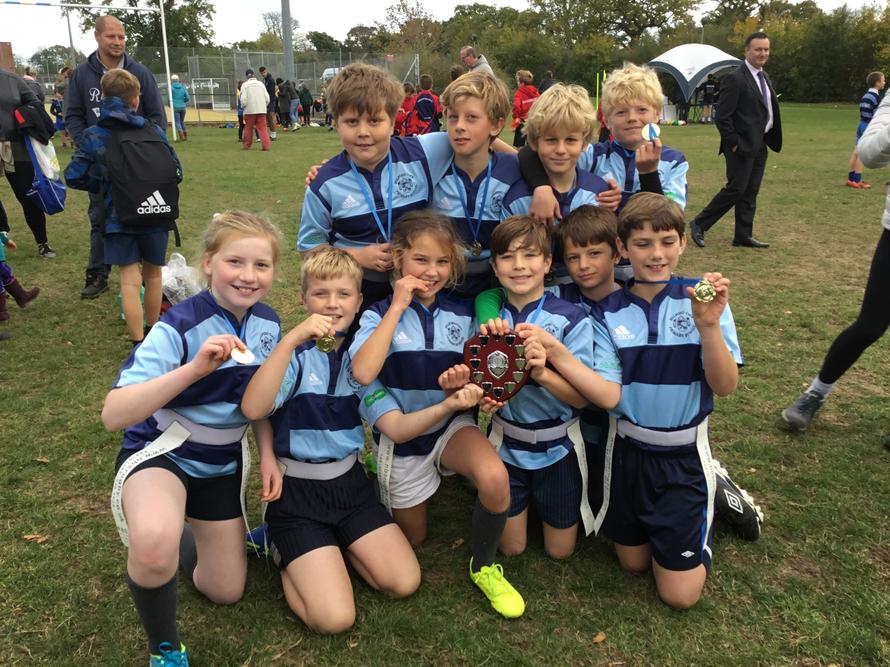 On the last day of October, Mr Willis and Mr Doll took two teams (each of of ten players) from our weekly Tag Rugby Club to represent the school at this year's Priestlands School Sports Partnership event. It may have been Halloween, but there was not a trace of fear as they took on teams from the local area. Both teams turned in some really impressive performances, and impressed the crowds with their skills and sportsmanship.

The Year 3/4 team began with a hard-fought victory against William Gilpin and followed this up with a more convincing win over their next opponents. This put them top of their group and into the top draw for the second part of the afternoon.

In their final matches the notched up a 6-3 win over Our Lady & St Joseph's after some great pressure and tagging from the whole team. The final match ended as a 3-3 draw against Brockenhurst  - a fair result following a fiercely contested game.

On the other pitches, our Yr 5/6 team were faring equally well, notching up victories against Brockenhurst and St Luke's in the first round of games. They too made the top drawer, where they were drawn against Our Lady & St Josephs and Lymington Juniors. An well-earned win in the first match left them needing at least a draw in the final game.......and draw they did! It ended 5-5 and was something of a nail-biter, with both teams so evenly matched.

These super performances put both teams top of their respective competitions and they collected, not only gold medals, but Champion's shields as well.

Thanks to all the players for their effort and attitude throughout the afternoon and to the parents who supported and helped coach from the sidelines, and a massive thank you to Mr Doll for so generously giving up his time to coach the club and the Yr 5/6 team today.