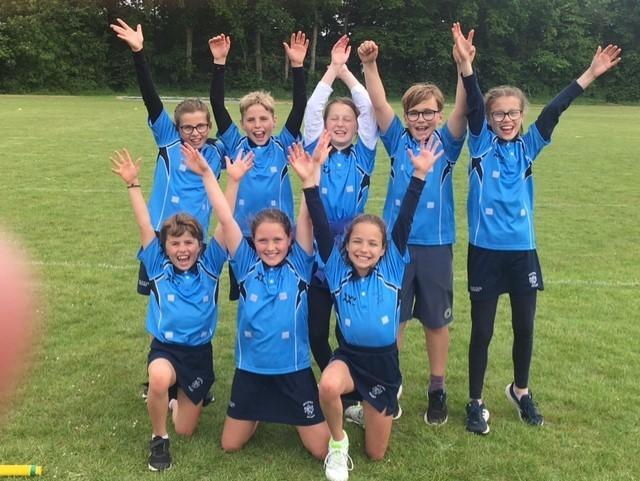 The Priestlands Sports Partnership competitions continued on Wednesday afternoon of this week, with the Mixed Kwik Cricket Tournament.

The Event saw five schools, Milford, Brockenhurst, William Gilpin, Beaulieu and Pennington bat and bowl it out for the coveted Gold Medals!

The Milford Team started well with a convincing win over Beaulieu by 60 runs.  In their next match against Pennington, they got off to a shaky start losing two early wickets.  Posting a below average score of 237, leaving them going in to Bowl with a bit of work to do!  However, after a fantastic bowling and fielding display, they restricted Pennington to 182 and took 9 wickets in the process!

Next up was Brock, who were clearly a strong side.  With some excellent bowling and fielding once again, Milford restricted Brock to 244 runs and took 4 wickets.  The Milford cricketers dug deep, batted well (and sensibly) and won a very hard fought match, posting an excellent score of 271 and only one wicket lost.

Their final match was a bit of a ‘Run Fest’ for the Milford Crew with every player hitting at least one Four and the Captain, Evie, whacking the only SIX, all day, from the team.

In total the Milford Team scored 309 runs over the four matches – so an average of 77 per match, and took a staggering total of 25 wickets. As a result, they were justifiably awarded the Gold Medals at the end of a very enjoyable afternoon.

Thanks to coach Brown for her hard work with the team, for being there on the day AND for writing this report. Thanks also to Mrs Rand for overseeing the team and to the parents who transported and supported all afternoon. What a way to end the half term!