We were very fortunate  to have David Hanson, from the Bloodhound project, in school to spend some time with Year 3 and 4 pupils and engage them in a bit of engineering.

Bloodhound is the name of a project to build the fastest land-speed car, with the aim being to reach a new land-speed record of 1000mph!

Another aim of the project is to engage and enthuse children with regard to STEM (Science, Technology, Engineering and Maths) careers and innovations. As part of this, Year 3 and 4 pupils first got to build balloon-powered cars and race them, trying to determine ways to make them faster. It brought our earlier 'Forces' topic back to the fore, as we dealt with the concept or aerodynamics and friction.

All the classes completed this task before they were invited, with David's support to create their own 'rocket-powered' cars.

Starting with just a lump of foam, teams had to design, then cut and shape their car body, sanding it to get some super curves. After decorating their cars, coming up with team names and persuading their opponents why their car would win, it was off to the race track out on the playground to fit the rocket fuel.

What followed was a fabulous afternoon of racing with the deserved eventual winners being Team Bloodhound Junior! 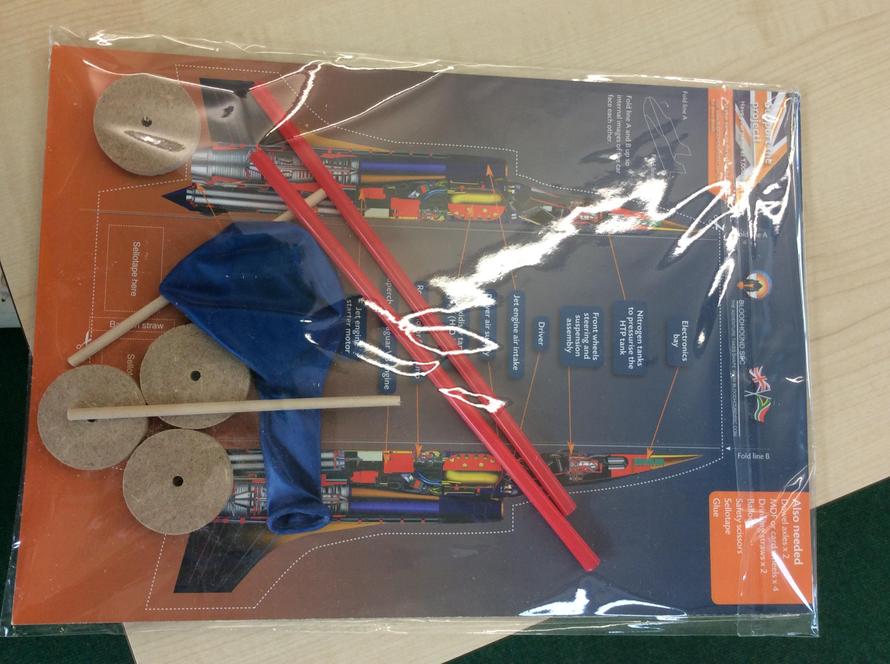 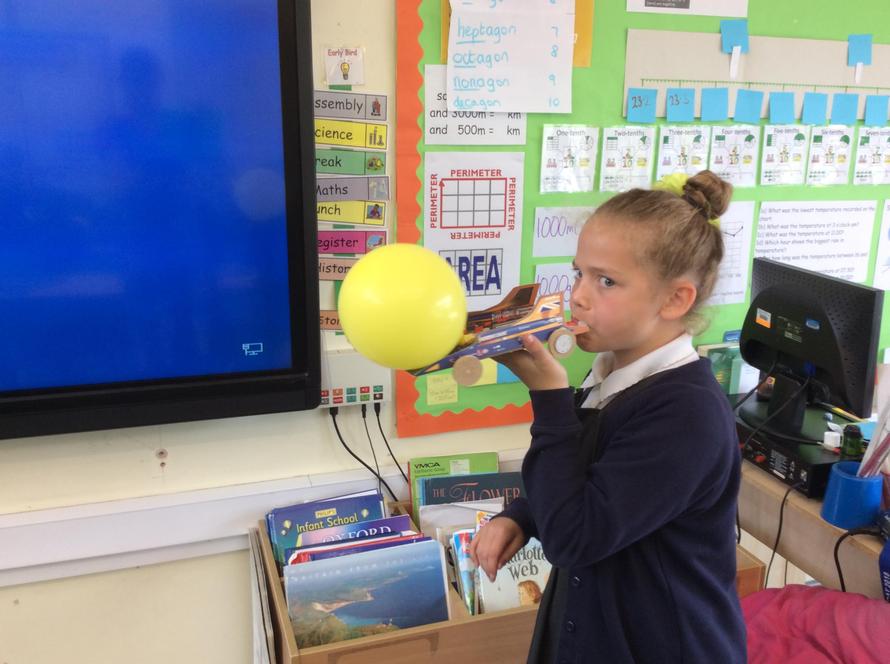 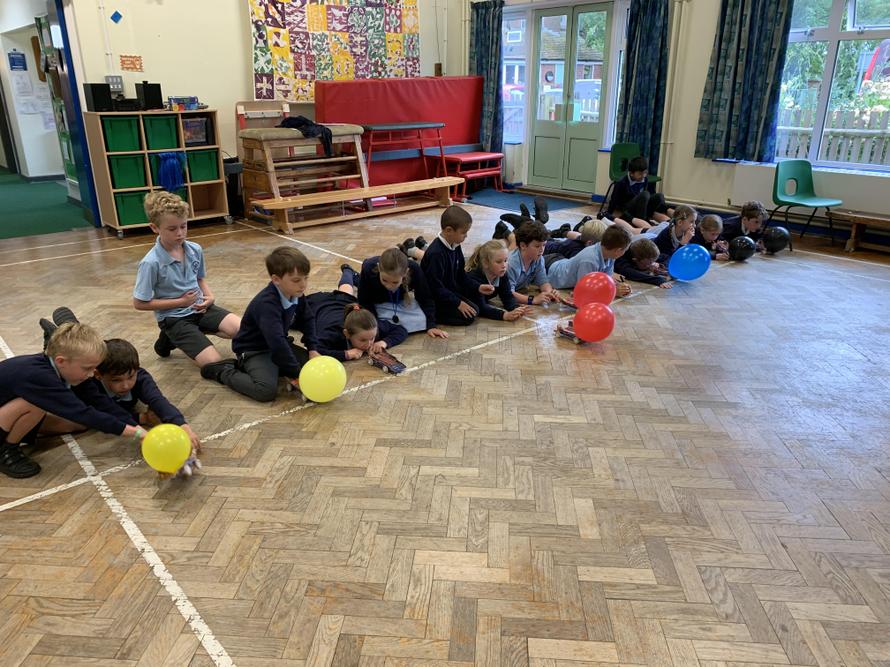 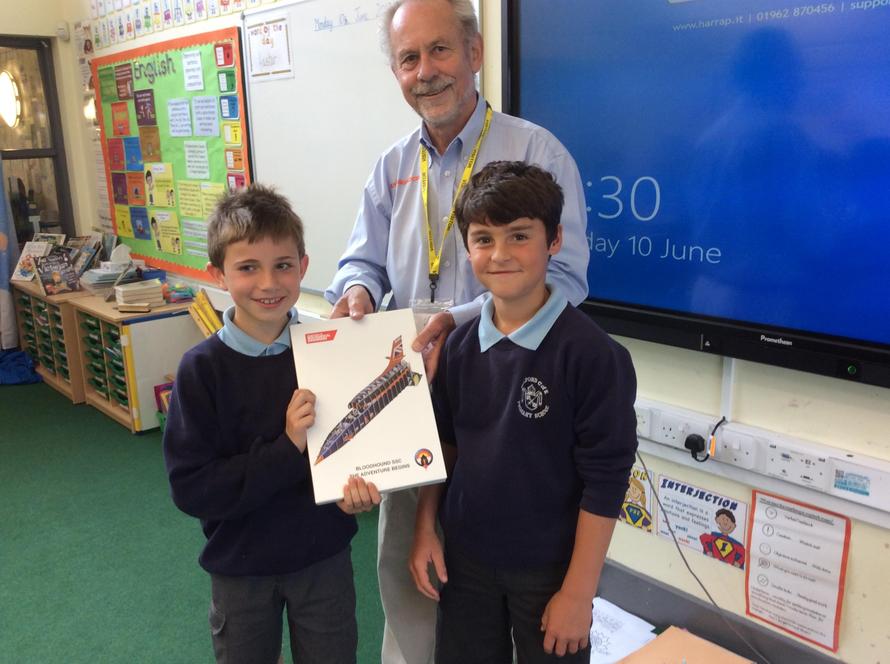 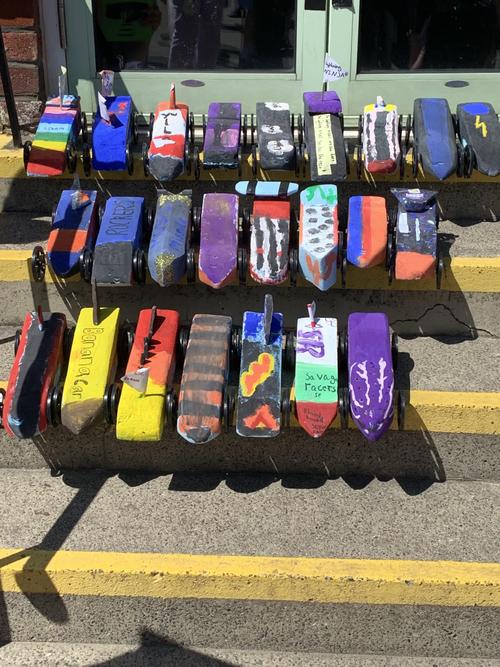 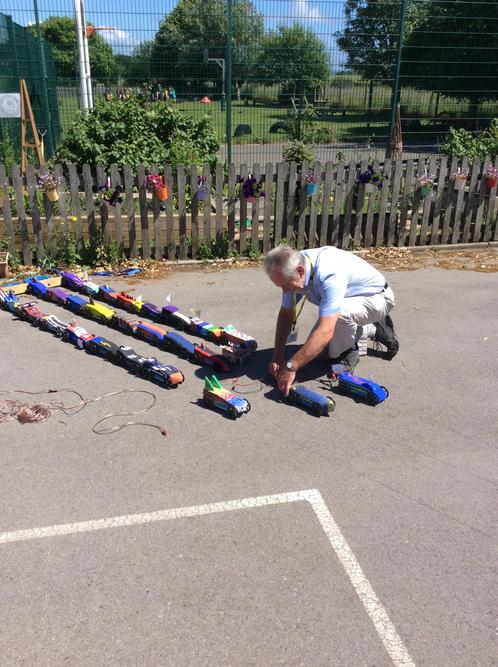 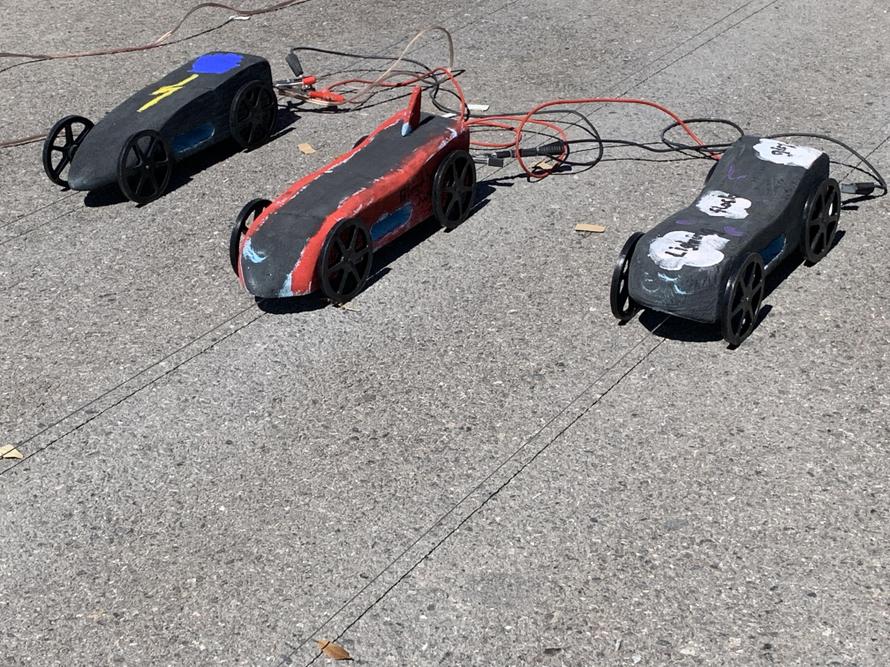 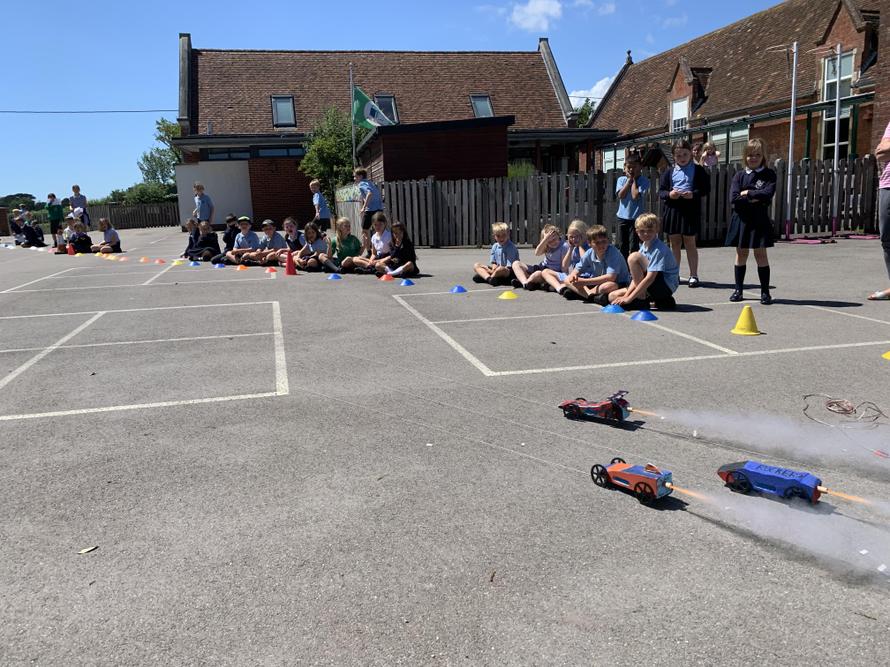 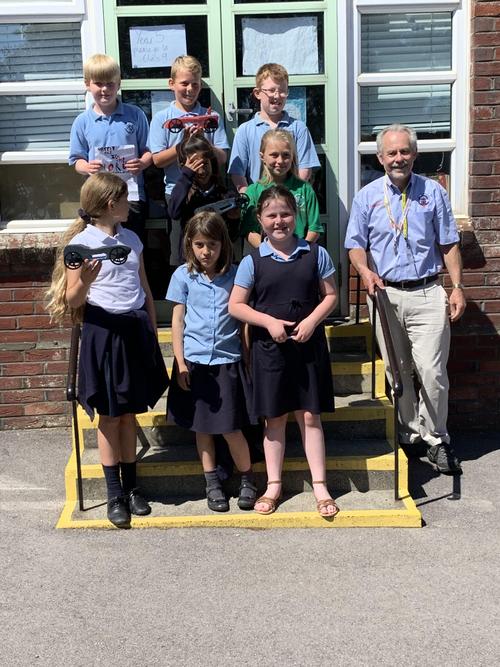