Earlier this year our Yr 5/6 pupils did a DT project where they designed and made their own kites. As part of their learning, they worked alongside professional kite-maker John Browning, and in his workshop they created small-scale, lightweight working kites, which they tested in the school grounds. As it turned out John mentioned he had a friend in Nepal who lived close to Kushadevi, so a plan was hatched to send the kites over to him, so that they could be delivered to the school and given to the children there.

It has taken quite some time for the kites to get there, but they have finally arrived and SK sent these pictures  to prove it. 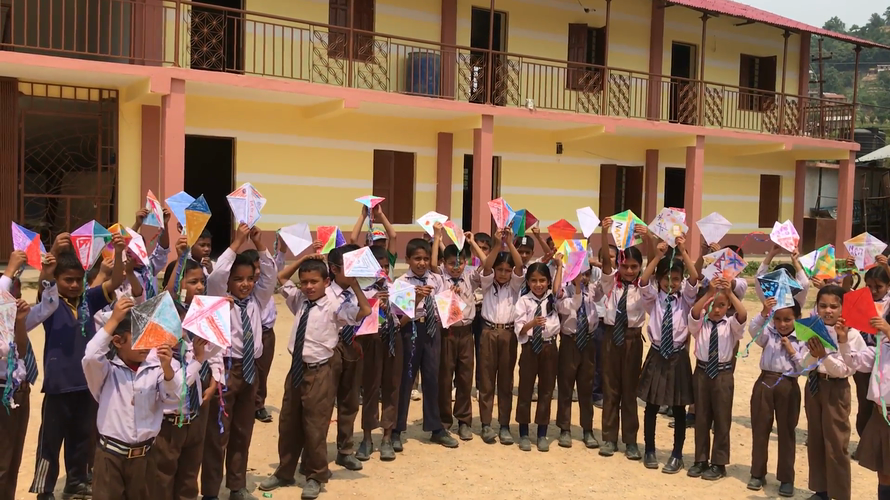