On 14th November, we had our Roman Day! This was a great day packed full of activities, and we all came in dressed up in our fabulous Roman costumes, including gladiators, centurions and emperors!

Our first activity was to create our Roman shields, which we enjoyed designing and painting. We needed them for our battle formations later in the day! 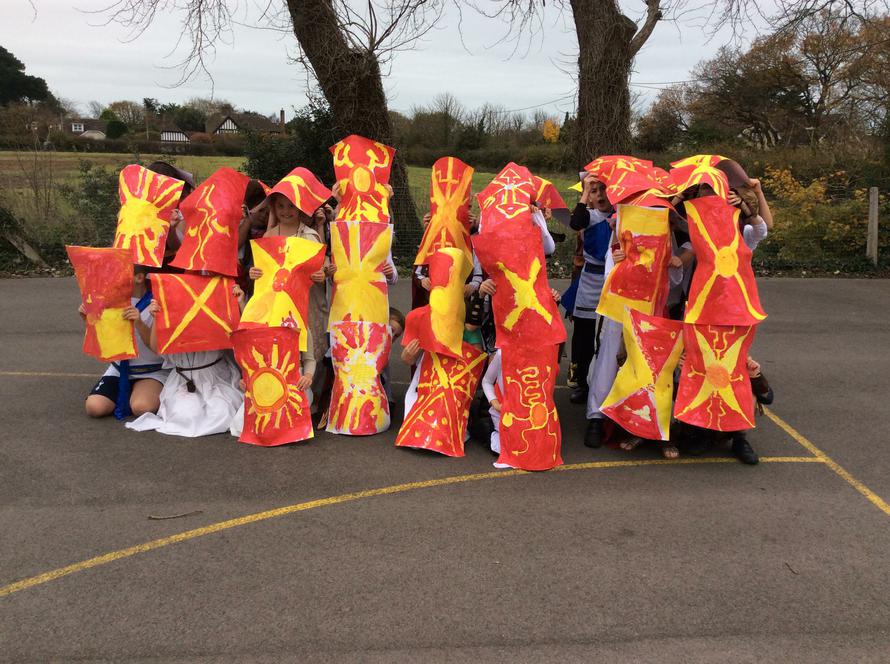 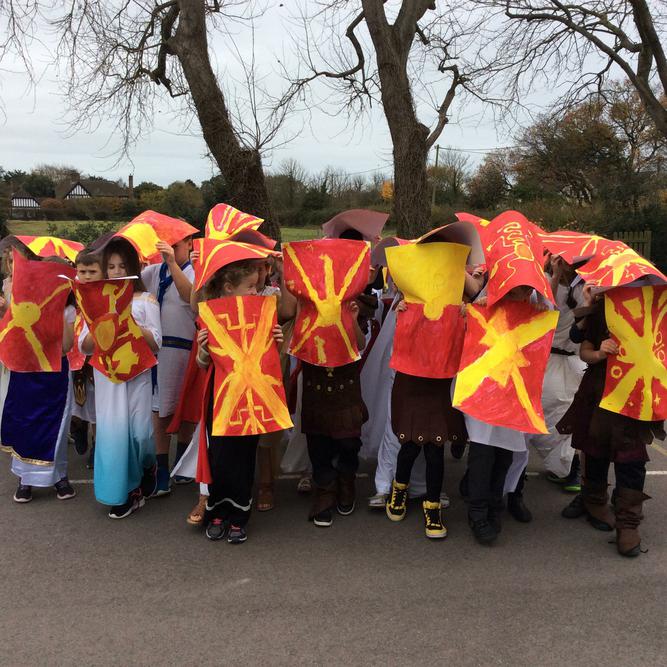 Later on, we had a range of activities, including some drama activities, Roman soldier school and some arts and crafts. We used our art skills to create some bulla, which were small Roman purses that we could wear around our necks. We learnt that Roman people used to wear these to keep things safe like money, but they also wore them to protect themselves against evil spirits.

Making our bulla wasn’t too tricky. We just had to follow some simple steps:

First, we had to draw and cut around a template onto brown felt.

Then, we had to sew a needle and thread around the outside, leaving enough thread to go around our necks.

Finally, we had to pull the thread tight to pull our bags closed! Now all we had to do was choose our favourite prized possession to be kept safe inside our bulla!

In the afternoon, we finally got the chance to put our brilliant battle formation skills to the test. We had lots of fun trying different formations, culminating in a mighty battle! 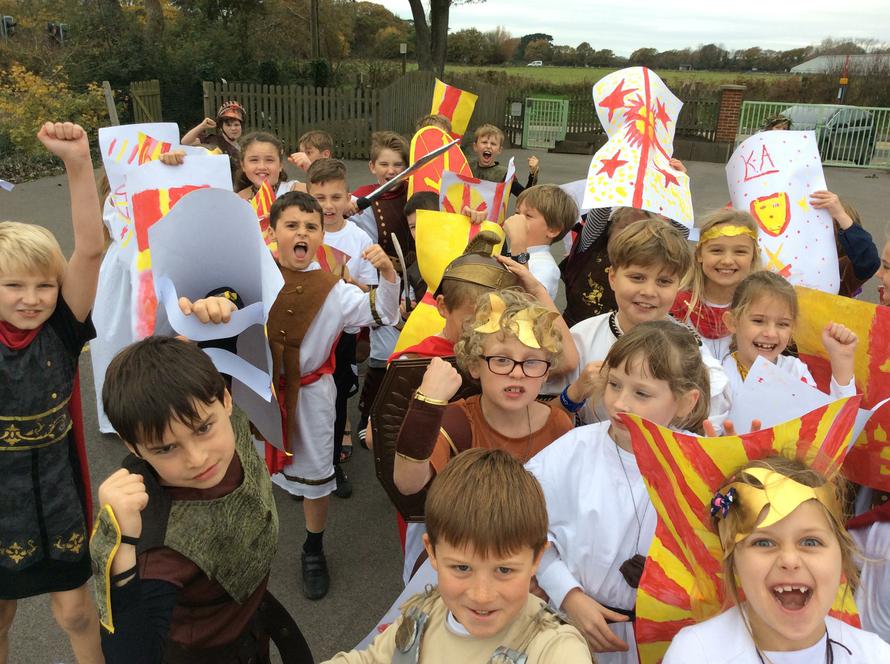 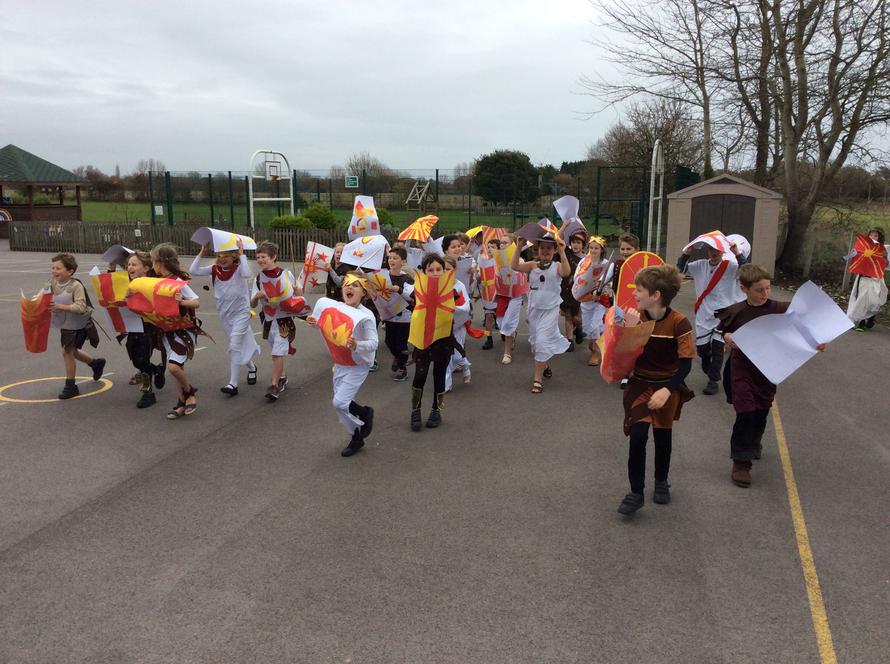 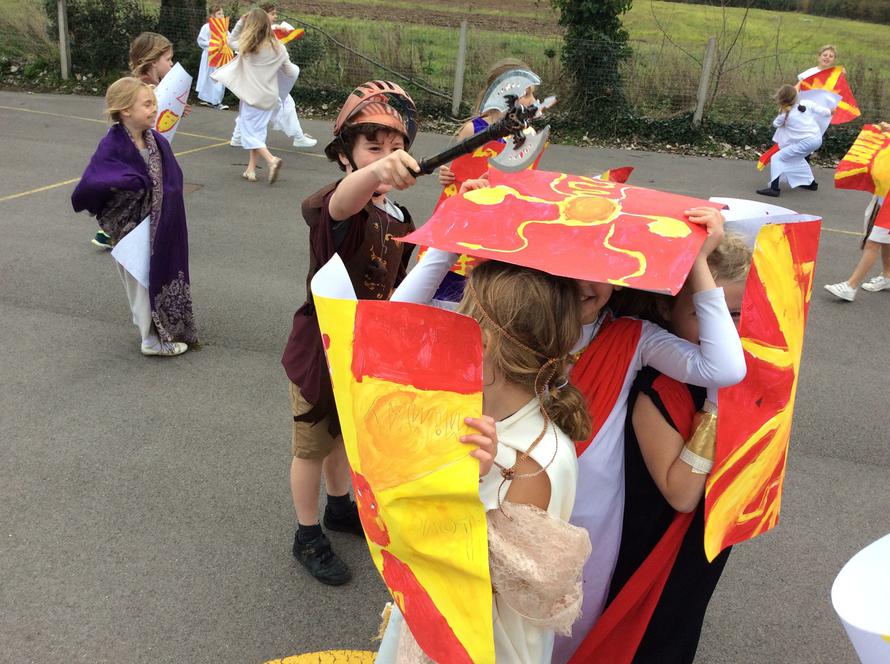 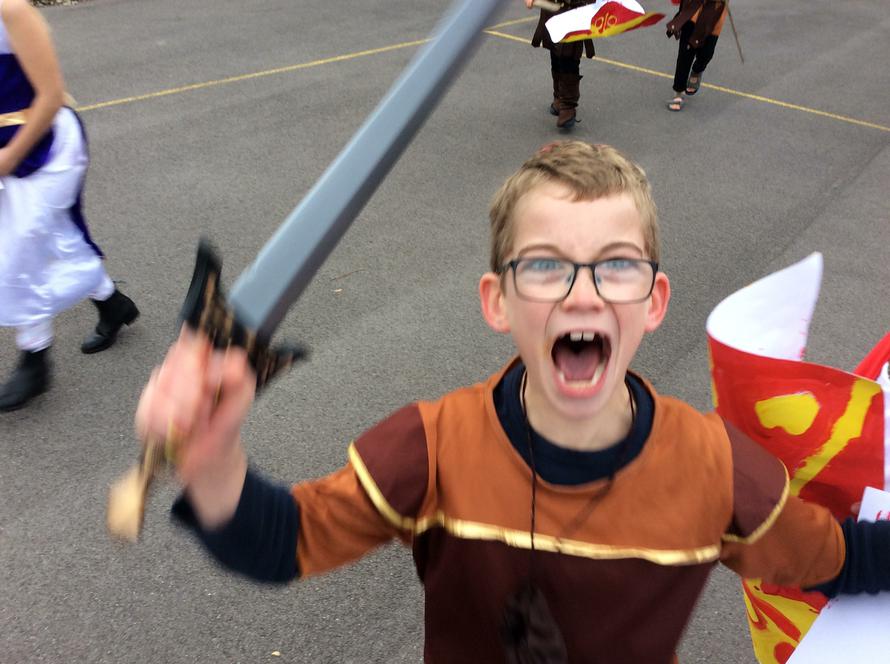 We finished our day with a Roman feast, where we could finally try our delicious Roman bread that we had baked the day before. We also tried lots of different foods, such as olives, grapes and cheese. 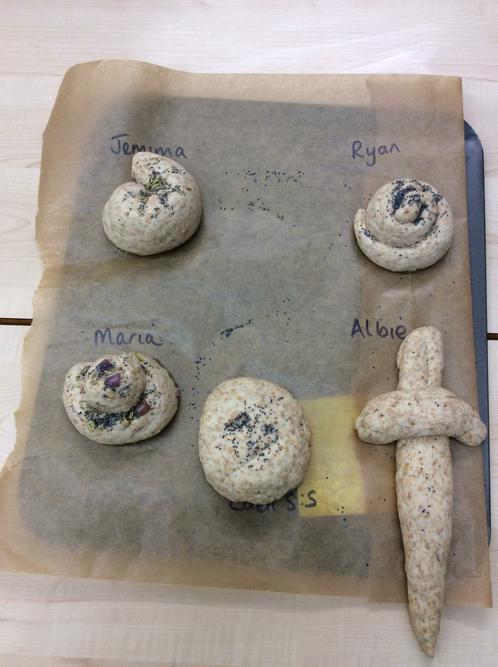 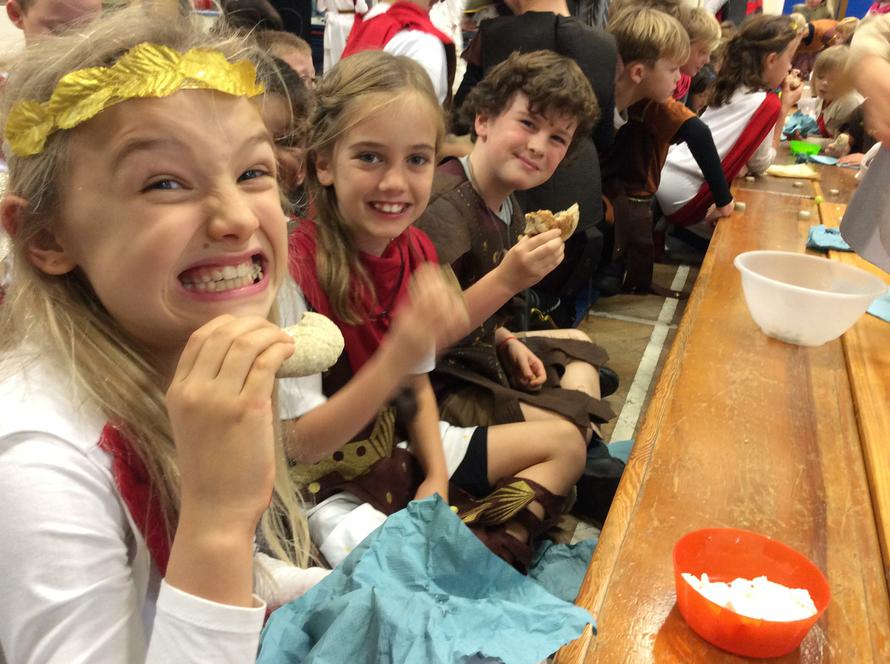 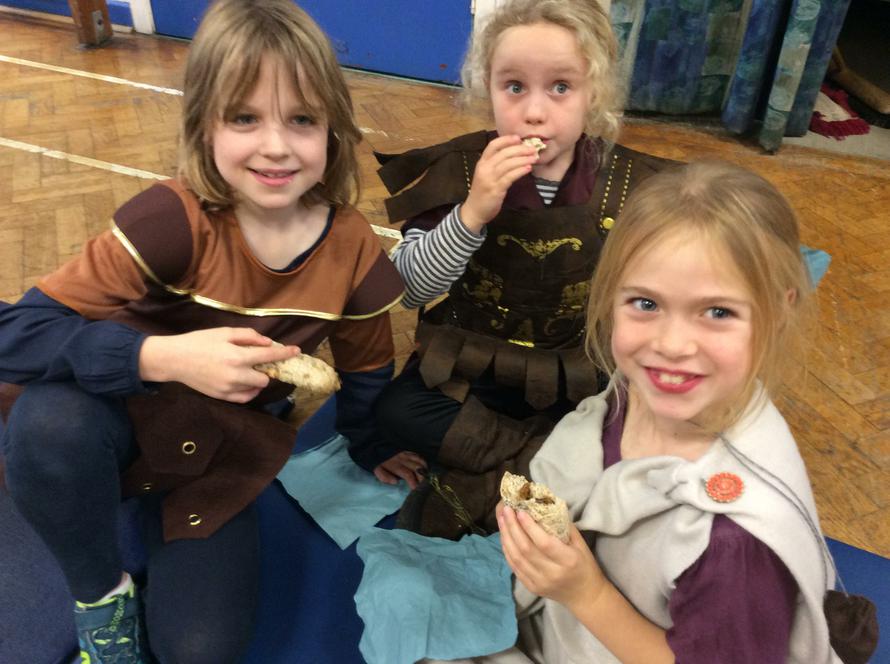 After a photoshoot, where we were able to show off our amazing costumes, we were all exhausted! We all learnt a lot about our Roman topic and had lots of fun. We wish we could do it all over again!

A 'sessionid' token is required for logging in to the website and we also use a 'crfstoken' token to prevent cross site request forgery.